First off, I’d like to say that ALL server owners should upgrade to 2.0.16 as soon as possible. There was a security flaw found that allows player impersonation to occur. It was fixed in the server code as of late March. I would say a good chunk of the popular servers are already running recent enough code to prevent the exploit. But over half of the running servers are still using an older version.

So anyways, if you didn’t know, BZFlag 2.0.16 (named “No foolin”) is out. Source packages and a Windows installer are available for download. An OSX package may or may not happen. There are a couple notable new features in the client. There are a few other minor changes as well.

First, you can use the mouse to control the view in observer mode. If you are in either tracking (tank or flag) or roaming mode (press F8 to cycle modes), you can click and drag the mouse to control the view. You can use the left, right, and center (press the mouse wheel) to move differently. You can, of course, continue to use the arrow keys paired with the modifier keys for observer movement.

The second is a new feature back ported from the development code called “shot length”. This gives the bullets a different look. They will appear to have a tail. You can enable this feature by adjusting the Options > Effect Settings > Shot Length setting. View the full post for screenshots of the new bullets, as well as talk about my April Fools prank. 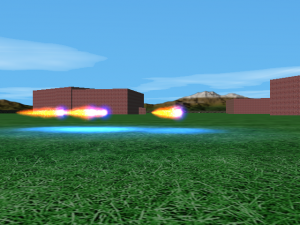 Here’s a comparison of the new and old style. 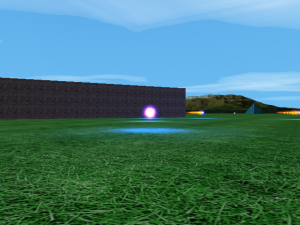 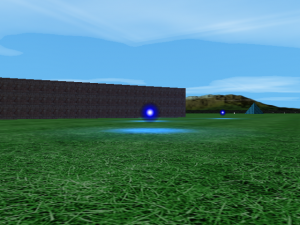 A good number of you are probably aware of the April Fools joke I had on the server. It worked quite well. If anyone wasn’t on my server on the 1st, then you missed all the poorly typed sentences. I had effectively converted The AOLer Translator to a BZFlag server plugin. Anything that anyone said would get brutally converted into AOL speak. Here are some of my favorite parts (not in any specific order):

genotronic: WUT SI HAP3NIGN I DONT HAEV CAPS ON BUT I SE AL IN CAPS

Well, you get the idea. It was hilarious. It also made people say random things when they capped a flag, and all tanks spawned 4 units in the air.