I’ve been toying around with the idea of making a map for some time now. I have actually made a couple of them in the past, but none of them were really ever finished or released. The quality just wasn’t there, and I lacked the time to properly finish and test them. I’m trying to get back into it though.

At the moment, I’m working on learning to hand code mesh objects. Once I have a better grasp of that, I intend on using that knowledge to build a script based map generator. I have already done some work on that, as you can see by these screenshots. 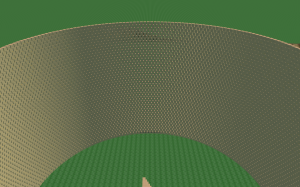 A elevated view of the cylinder of boxes. 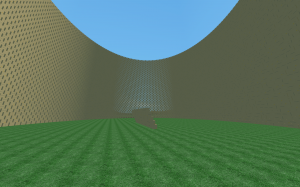 A zoomed out view of the boxes. 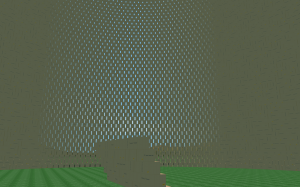 A view of the boxes from a lower position on the map. 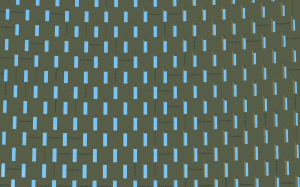 A heavily zoomed in view of the boxes.

This map uses a total of 10,135 boxes, each having random materials applied to them. I only had created a limited amount of textures, and my algorithm is pretty basic, so it won’t seem very random. This map was done mainly as a benchmark (parsing and rendering) for the BZWorkBench application that has been worked on again this summer for Google Summer of Code. But it’s just an example of what a simple script can do.

I have lots of ideas for making a nice looking map, but again, I first need to master making mesh objects. I’ll probably need to review a bit of math as it’s been a while since I’ve had to do any trig. Don’t expect a map by me to be done anytime soon. BZFlag version 3 is what has motivated me to try map making again. The new features we will have in this version will open up a lot of new possibilities for map authors. I will try to post some examples of these new features in future postings, so stay tuned.